I’ll be talking about my MBTA haikus on Under the Radar this Sunday, March 8th, on WGBH radio. That’s 89.7 in the Boston area, or you can stream via WGBH’s website. (Click “Radio” at the top, and then “Live Stream” on the left.) It’s on 6-7 pm EST.

And if you’d like to read more of my haikus, you can buy my 2011 Haiku-A-Day book here.

Boston.com did a nice story about my MBTA haiku coping mechanism. I’m not alone in my beef with the T.

Even if you’re not in the area, you may have heard about the winter Massachusetts has been having. We’ve been getting pounded relentlessly, and it’s caused the Boston-area transit system to be completely shut down several times. Even when it’s not shut down, it works less than great. In an effort to stay sane in the face of being constantly stuck on trains, I’ve begun to write haikus and tweet them at the MBTA. I’ve been collecting them at T’d Off Haikus, or if you want to watch them unfold in real time, you can follow me on Twitter (@erikpkraft). They predict it will be 30 days from the end of snow to get the system back up and running, and snow is forecast for tonight, so I’ve got at least another month to go with this.

If you’re interested in a copy of my 2011 Haiku-A-Day book, you can get one here or here. 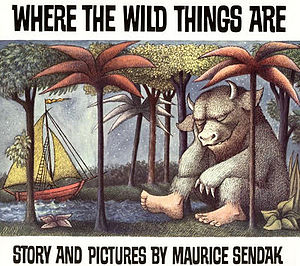 I did a school visit at Shaker Lane Elementary in Littleton, MA today. (Shakey is the Shaker Lane mascot. See what I did there?) I talked to the kindergartners and transitional classes, and they were a super enthusiastic and receptive bunch.

I tried to focus a bit on how much revision goes into writing, since one of the teachers had mentioned to me in an email that they were working on this idea in class. Luckily, I tend to revise like crazy, so I had a few things to say.

When you say, “Well, that’s it, thanks everyone,” and someone loudly yells, “That was AWESOME!” it tends to be a sign of a successful visit. Thanks, Shaker Lane!

I like to tell my students that the more you critique other people’s stories, the better you’ll get at seeing areas of improvement in your own writing. I am a good example of this. Since I started teaching, I have picked up on things I see a lot of my students do, and then in turn I realized that these are often things I do myself. One thing I see a lot of is stories that start with a lot of description and telling you who the characters are and what they’re like. I understand the urge to do this. Starting a story is hard, so why not just get out who we’re dealing with here? I think that works when you’re writing an early draft. I say get as much out of your head as you can at once, so if you need to do a data dump as the opening, go for it. But when it’s time to revise, I think I can make a good argument to not open your story this way.

Let’s take a look at the opening of Charlotte’s Web, which many people (myself included) consider to be one of the great openings in literature.

“Where’s Papa going with that axe?” said Fern to her mother as they were setting the table for breakfast.

“Out to the hoghouse,” replied Mrs. Arable. “Some pigs were born last night.”

“I don’t see why he needs an axe,” continued Fern, who was only eight.

“Well,” said her mother, “one of the pigs is a runt. It’s very small and weak, and will never amount to anything. So your father has decided to do away with it.”

Look at how much information we get from this. We know Fern lives on a farm, (and not only that, a farm which has pigs), she is eight, her last name is Arable, and as we’ll see in a paragraph or two, she is very determined when she puts her mind to something. Now look at how a first draft of this might sound.

Fern Arable was an eight year old girl with a mind of her own. She enjoyed living on the farm with her parents where they raised pigs, sheep, and geese. She didn’t like it when animals were killed, especially for what she considered to be unjust reasons. One day as she and her mother were setting the table for breakfast, Fern looked out the window and saw her father walking across the yard with an axe.

“Where’s Papa going with that axe?” Fern said to her mother.

Which one grabs your attention more? The one that puts you right into the action, right? Keep this in mind when revising. You only have so much time to grab a reader’s attention.

However, don’t worry about this when you’re writing. The problem I have run into with my well-developed critiquing muscles is that I recognize when I’m doing stuff I don’t want to be doing as I am doing it. Don’t get caught up in the urge to edit as you write. The ideas want out, let them get out. No one needs to see the early drafts. Then, when you go to revise, be like Papa with the axe, and do away with the words that get in the way.

One of my former Gotham Writers’ Workshop students got in touch with me recently about a problem she was having. She’d just started an MFA program, and was having problems right off the bat. When she was my student I had given her input on my experiences with MFA programs (I was in one bad one, which I left, then one excellent one). I knew she had gotten into a couple, and was weighing which one to go to.

The story she had worked on in class was about a girl who had been held captive in a basement, who then escapes. She is picked up by a truck driver, who realizes something is wrong. The truck driver takes the girl home with her to keep an eye on her, and during a discussion it’s mentioned that the truck driver is Navajo. In my class, we didn’t get too much farther than this, which is always the problem with my classes. I get invested in the story, and then class is over, and I never see how the story ends. But when she got back in touch with me, I remembered it. It was well-written and an interesting premise, so it stood out, even after months of having taught other classes. It also was what she submitted to get into the MFA programs, so the admissions people obviously thought highly of it too.

She chose her program, and began workshops. This is where the trouble began. When her teacher read the story, he refused to let her work on it. His reasoning was that since one character was Navajo, and the writer was not, she would never be able to transcend stereotypes, would be branded a racist, and the book would never get published. This is all based on the portion I had seen in my class, where the Navajo aspect is really mentioned in passing. I agree that there is reason to treat cautiously when dealing with cultures that aren’t your own, and she is aware of this also, doing extensive research, as well as pairing up with a professor who is a Navajo expert to help her get things right. My issue with this is telling someone that they can’t write a story no matter what. If there is a concern that the story may go in a bad direction, I feel you should address that when you see the story going in that direction, and then you address the aspect of it that goes bad. I don’t think it’s a writing teacher’s place to forbid someone to write a story. How is someone to grow as a writer if they don’t experiment, take chances, and maybe even fail? Say the story did end up dealing in stereotypes and coming off as racist. That’s when you say, “I really think you need to fix this,” and if it seems unfixable, then it’s the writer’s role to decide if the story should be abandoned. I would never tell a student they could not work on something. I’d tell them that I thought a story had major flaws that needed to be addressed, but they are free to work on what they want to work on. My job is to help them make it as good as it can be.

She had a meeting with the professor and the director of the program, but the professor wouldn’t argue anything beyond his initial points, and so it faltered. The irony is that another teacher in the program is a white woman who recently published a book about a Native American tribe, which basically sinks all of his points, but here we are.

I do understand the idea to “write what you know,” but if you’re doing research into a culture, doesn’t that help as knowing? (There’s also the “Brian Wilson didn’t surf” argument, which I feel sometimes comes off as glib, in spite of being a good point). But the larger question I have is, should a teacher ever forbid a student to not write a story? Particularly the story they hoped to finish by enrolling in the program? I’m curious to hear other people’s thoughts, and I hope I’m missing something.

Back in 2011, I wrote a haiku every day and put them on my Tumblr. I have been meaning to collect these and publish them for a while, but things got busy. I had been meaning to get this out during April, since that’s poetry month, but I got sick and ran into technical difficulties. But none of that matters, because here we are.

You can buy it here.

On the one hand, you keep all the negativity in one place. On the other, seeing a whole list of “DENIED!” is kind of a bummer. Maybe I need to work on my phrasing. (See, you can put a positive spin on it! In any case, it seems poetry is a tough sell in general, mine especially so.)