I would be remiss in my duties to not include Amiri Baraka (originally LeRoi Jones) here, as I am currently writing a big paper on his play Dutchman. (If you want to hear about his use of masks and lynching allegories in it, feel free to email!) This guy led quite a life, and did a little of everything. Poems, plays, essays, books, you name it. He’s quite polarizing and confrontational, but I’m into it. 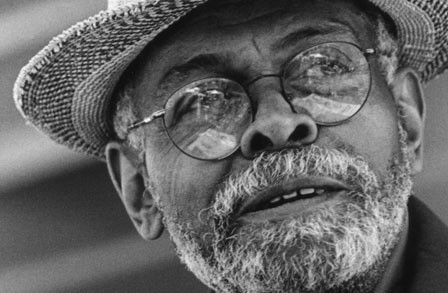 I read one chapter from a book of his on music (Black Music), and it was pretty mind-blowing. He’s like a madman running down the street tossing out ideas, and you have to figure out which one you’re going to grab and follow to the end. A Beat in the best way. And that’s his prose! His poetry is something else.