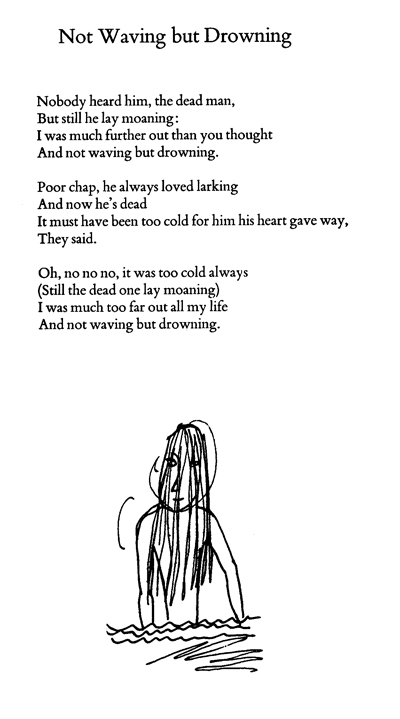 A few years ago in a fit of Poetry Month Mania, I took out a book called The Outlaw Bible Of American Poetry. It’s gigantic, so I knew not everything in it was going to appeal to me, much like other sorts of Bibles. I was right. However, I hit one section and was mildly floored. Maybe even more than mildly. And maybe I wasn’t floored so much as totally excited, because here was someone that was doing something I hadn’t seen before, but was exactly what I was looking for. It was a poem by Mike Topp, and here it is:

What’s he doing there? Is this a joke, or is it poem? What does he actually mean? It worked on so many levels I had no way to not be totally into it. I immediately went out and bought what books of his I could find.

His poetry is nothing like you’ve ever seen, and when you think you’ve got him figured out, he does something different, and you have to figure him out again. I say don’t even try to figure him out. Just dig it.

I dropped a dish and broke it while listening to a record. So I just played the record backwards until the dish came back together again on the floor and hopped up into my hands.

I come from a family of teachers. As a kid, I had these two elderly aunts who had taught generations of people in their town. I spent a lot of time with them, and they had tons of cool old books, which I dug through eagerly. One of these books was called Along Story Trails, and I think it was a “reader” for a classroom. It had a wide variety of stuff in it – folktales, poetry, short stories, and abridged versions or excerpts from longer pieces, to name a few. It was where I first encountered Beowulf (an adaptation), Rikki Tikki Tavi (sparking a lifelong love of the mongoose), and this poem by William Carlos Williams, often referred to as “As the cat,” given that’s the first line.

What I love about this is the illustration (a cat, years before the internet!), and how it helps a young reader visualize the action in the poem, and how the words reflect the movement of the cat. This remains my favorite Williams poem. Note the “plum” jar, likely referring to another famous Williams poem.

Sadly, I lost my original copy of this book years ago, but was able to find another. I use it in school visits a lot to show how I came to be such a voracious reader. (I then show the comic books I read as a kid to point out that I didn’t just read fancy poetry, I read EVERYTHING.)

Happy Poetry Month! And don’t forget I’ll be on Boston Public Radio on WGBH radio for the MBTA Poetry News Quiz this Friday around 1:30. I’ll be facing off against Liam Day, who has written a book of poems about MBTA buses. Tune in!

Big things are happening! I’ll be a part of a MBTA Poetry News Quiz on Boston Public Radio on WGBH Radio on Friday, April 10th. The news quiz is on around 1:30. With any luck, I will have a collection of MBTA haikus ready then too (however, problems, as we all expected, are ongoing – this is going to end up being an epic collection). I’ll be facing off against Liam Day, who has written a book of poems about MBTA buses. You can stream it online, so tune in.

To kick off Poetry Month, I thought I’d share a found poem by Tuli Kupferberg off his album of found poems called No Deposit, No Return. There’s some hilarious stuff on there, some of it very NSFW, but I chose one called “Social Studies,” and you’ll figure out soon enough where it was taken from (click the words “Social Studies” back there to hear it).

And while we’re in the found poetry mood, here’s one of mine:

with slim fingers and black nails

a bottle of juice